Mr. Zonbu returns to his lair

Just quick note to say that I’ve returned to my lair and within about 20 minutes of booting my Zonbu it quietly updated itself.  I was busy surfing the web when a dialog popped up and said “All updates complete.”.

I didn’t need to do a thing (except reboot – although it wasn’t clear if that was even necessary).

I am now on 5.803 and will be running through my checklists to see what has been resolved and what may still be outstanding.  Look for more coverage over the weekend.

Reader Bob has tipped us off to the latest release being pushed out by Zonbu.

According to the Zonbu website, it has the following changes:

END_OF_DOCUMENT_TOKEN_TO_BE_REPLACED

This is interesting info, although not surprising.

Note where Gentoo ranks relative to Ubuntu based distributions:

According to DesktopLinux.com’s just completed survey, the number of Desktop Linux users has more than doubled in the past year, and Ubuntu remains their Linux distribution of choice.

You can read the whole article here: http://www.desktoplinux.com/news/NS8454912761.html

You may also be interested in observations on the recommendation patterns of tech savvy users, as discussed in my post here and the important of familiarity in expanding desktop Linux adoption.

Or you can read a telling excerpt after the jump…

END_OF_DOCUMENT_TOKEN_TO_BE_REPLACED

User Bob shared the following comment and I wanted to highlight it on the main page:

Sadly, I just received an email saying that the 5.797 has been removed from the automatic update because of bugs … but that 5.804 is on it’s way and should be less buggy.

Computing in the car pool lane? 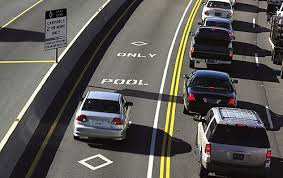 Are we headed towards a two tiered computing model?

If most of our needs can be met with a small power footprint box like the Zonbu, does it make sense to run that as our principal desktop and keep a full blown PC in reserve?

Think of it as commuting in the Honda Civic and taking our V8 muscle car out on the weekends or for special occasions.

I think this may be the model that we are headed towards, and I think it makes a lot of economic and environmental sense…

END_OF_DOCUMENT_TOKEN_TO_BE_REPLACED

Just a quick note to let you know that I’ve been away on vacation but I will be returning with some more updates later this week.

In the mean time, thank you to all of you readers that have shared various comments and insights, including the update regarding the removal of the latest software update in favor of a new update due soon.

More to come later in the week.

I just reviewed the list of updates in the latest release.

I am pleased. Zonbu is listening and fixing problems.

While there are still a number of areas for improvement, a vast cross section of the items that we have noted here over the last month have been addressed…

END_OF_DOCUMENT_TOKEN_TO_BE_REPLACED

As noted by Gregoire of Zonbu, more detail has been posted on what is included in the latest release.

He also noted that Zonbu owners will need to reboot in order for the upgrade to be applied.

Here is the latest from their site:

END_OF_DOCUMENT_TOKEN_TO_BE_REPLACED

ECN Magazine, which bills itself as “The Information Center for Design Engineers”, has a brief review of the Zonbu on their site.

They took issue with a few things, including speed (which again, surprises me, as I find my unit quite snappy), as well as the pricing model.

They also feel the unit has a lot of potential and that with some hardware improvements and more software polish it could prove to be a viable option.

END_OF_DOCUMENT_TOKEN_TO_BE_REPLACED

I just noticed this on the Zonbu site, I don’t believe it is being pushed out yet:

It will be interesting to see what exactly this addresses (MPEG Playback?) and whether or not some of the things like the missing fonts reference in the Image Editor have been fixed too.