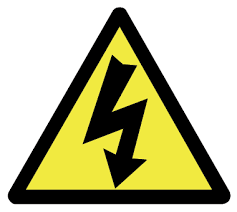 A few minutes ago I wanted to reboot so I could continue my Skype testing.

Instead, to simulate the all-to-frequent-here power outages, I decided to just hit the master power switch (the rocker on the back) while I was in full swing.

[EDIT: It is worth noting, that given its tiny power draw, the Zonbu could last 6-10x longer on a UPS than an equivalent desktop PC.  Likely outlasting most common outages.]

At the time, I had the IM client (Gaim) open, as well as Skype running and an IM going in there. I also had about six browser windows open, Rhapsody playing music and I was testing the Evolution E-Mail client, and had that open to my test mailbox…

All in all, lots to break.

On reboot I had no funny errors.

On relaunching the applications (including Evolution) I had no visible complaints either. Everything is where it should be.

Maybe I just lucked out, or maybe the Linux apps are more resilient than their windows counterparts.

Either way, it was a pleasant surprise.

This entry was posted on Wednesday, August 8th, 2007 at 11:20 pm and is filed under Applications, General, Performance, Zonbu. You can follow any responses to this entry through the RSS 2.0 feed. You can leave a response, or trackback from your own site.