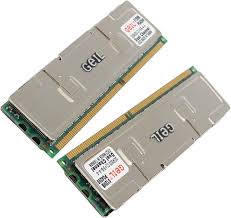 One of the fastest performing PC’s I’ve ever used was a my vanilla desktop PC running Puppy Linux entirely from RAM.

The word “instantaneous” best describes the responsiveness of the system and the launching of applications.

Which got me thinking, why isn’t the Zonbu running with 1G of RAM, reserving 512MB of it for a high performance RAM disk? It would blow the doors off almost everything that crossed its path…

While performance isn’t terrible from the flash card, you can not beat the blazing performance of a RAM based system.

RAM isn’t that expensive, and I know the C7 boards can support 1 gig of RAM as I have one sitting next to me right now.

By loading the main applications from the flash card, in to RAM at boot, the system would provide stunningly fast performance.

Zonbu already does some profiling and actually spawn Firefox in a hidden window at login so that Firefox appears to launch rapidly. That approach just scratches the surface.

By profiling the usage patterns of applications on the system, in real time, and adjusting what is copied to RAM at next boot, the system could optimize response time of the most commonly launched applications. But that’s a lot of work and complexity.

More easily, since the entire stack is relatively small already, just load it all to RAM.

I would gladly allow a longer boot time in order to have a super responsive system once loaded. Moreover, since the power draw is so low, I almost never turn my unit off during the day. In that case, boot time is barely an issue.

Making the most of it

If the Zonbu had 1024MB of DDR 533 memory, I would recommend 64MB be reserved for the video driver, leaving 960MB for the system.

This would allow Zonbu to create a 448MB RAM disk and copy all the applications to it at boot.

That leaves a full 512MB of RAM for general memory use, which is more than the 448 available now.

This would result in lightning fast application launch times, and much higher perceived performance than is currently available, while actually increasing the total amount of RAM available for general use.

Of course, the downside is cost.

I don’t think that is a real downside.

Even if this additional RAM added $50 to the cost of the unit, I wouldn’t blink and I don’t think most serious buyers would either.

The truth is, while the Zonbu is low cost, people are not buying it for price.

People are buying it for the mix of low power consumption, low noise, ease of use and suitability to their desired application.

$50 or so isn’t going to sway them one way or the other, and the resulting performance win would be worth every penny.

I have no idea if the hardware manufacturer can currently support this configuration in the Zonbu chasis, or if this would require a new spin of the board, but it is definitely something that deserves a thorough investigation and discussion.

Go ahead, try loading Puppy Linux or Damn Small Linux and running it entirely from RAM.

PS – Zonbu, while you’re at it, what about sponsoring some Puppy or Damn Small developers to help bring some of their small footprint/high performance experience to the Zonbu team?

I hate seeing so many disparate groups working on the same things in parallel instead of helping each other.

This entry was posted on Saturday, August 18th, 2007 at 8:14 am and is filed under Applications, Business Model, Hardware, Marketing, Performance, Product Management, Zonbu. You can follow any responses to this entry through the RSS 2.0 feed. You can leave a response, or trackback from your own site.