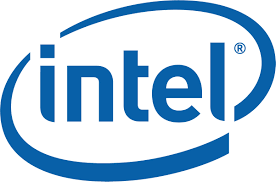 The more I dig in to the Zonbu the more I like it. However, the more I use it, the more I run in to the frustrating wall of the relatively weak performance of the Via processor and the lack of quality drivers and acceleration for the Via CX700 graphics chip under Linux.

Don’t get me wrong, for most day-to-day stuff, it performs acceptably well, but (for example) if you start visiting any PC gaming sites that make heavy user of flash and embedded video, expect stuttering and 100% CPU load.

I’m starting to wonder if Zonbu may not have the right idea about the over-all end-user experience, but that the Via based hardware isn’t the right way to deliver that experience…

I’m only theorizing, but the Intel ULV processors, while not as power efficient as the Via are likely going to deliver more processing firepower, even at a lower GHz rating. It’s just a hunch and I’m happy to be corrected on this, but I have to concede that my AMD Duron 1.1 GHz machine seemed snappier than the 1.2GHz VIA. More importantly, the Intel graphics chipsets are widely and thoroughly supported under Linux and the Via CX700 chipet enjoys only modest support right now.

If the goal is to get an easy to use, stable, highly efficient and multi-talented PC replacement in to the hands of as many people as possible, then perhaps the second generation of hardware from Zonbu should be based on something other than the Via product offerings. Both AMD and Intel have interesting options in this space, if some allowance is made for higher (although still impressively modest) power consumption.

Zonbu has been hinting that a second generation of hardware may be waiting in the wings, based on the survey questions they recently sent out.  It will be interesting to see where that goes, or if, as I theorized a few months ago, the Zonbu OS may be expanded to run on more mainstream PC hardware.

This entry was posted on Sunday, October 21st, 2007 at 9:21 pm and is filed under Hardware, Multimedia, Performance, Product Management, Zonbu. You can follow any responses to this entry through the RSS 2.0 feed. You can leave a response, or trackback from your own site.

5 Responses to Should Zonbu ditch the VIA processor/graphics for Intel?