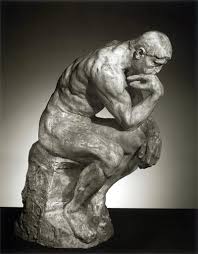 Looking through the various comments people have made, I wanted to share a little more insight in to where I am coming from when I comment on the Zonbu, and in particular some of the business decisions that they have made.

Often times people mistake comments that I make on Zonbu technical decisions, as being technical. They aren’t…

The whole thread about switching to an Ubuntu base is a marketing/sales driven suggestion (as well as a development/driver cycle issue), rather than a technical one.

There is so much momentum behind Ubuntu it is a shame to waste it. Zonbu isn’t out to remake the base OS, so why not stick with the fastest moving (or at least most consistently released), best known base on the market? One that already has mind share in the home user space and is supported in the retail channel by Dell?

My best bet is that the small team at Zonbu are intimately familiar with Gentoo and are the most comfortable packaging things in that environment. That is a valid reason and you have to start somewhere. However, I think it comes at a significant loss of opportunity on the marketing front

Small start-ups need to ride on all the coat tails they can and the Ubuntu community has a lot of mind share in the desktop space. Gentoo, not so much. It doesn’t mean it isn’t a perfectly good base, it just means, from a corporate perspective, there is a real opportunity cost to continuing with Gentoo. And that is my point. Decisions have consequences, and this is a competitive market.

If you look closely, the other high momentum products at the low end of the market have Debian/Ubuntu bases. The N800/N810, the Asus 3e PC, the gOS desktop and some of the lesser known products like the Linutop.

I went to business school, not computer science school…

Via or bust? The three year test.

When it comes to hardware, it’s not that I have anything against the Via processor/chipset in the Zonbu, I’m really happy with my unit and I use it daily. My real issue is it doesn’t pass my three year test.

The three year test is where I stand back and look at the product from my experience and perspective in the broadband industry, and ask: “Is this product still going to be relevant for its primary purpose in 1, 2 and 3 years?”.

The challenge I see with the Zonbu hardware products is that the answer gets quite sketchy past 18 months (mid-2009 as I write this).

I’ve watched in amazement at the rise of Flash based embedded video on the web. I have access to detailed statistics about the types of traffic moving across our network and the shift towards flash video has been profound in the last year, both for the mundane and educational as well as the titillating.

One of the earliest indicators is that the Adult industry is aggressively embracing flash video (and for those of you old enough to remember, adult content drove the adoption of VHS which beat the technically superior Betamax product in the consumer market).

You read that correctly. The highest ranked adult Internet site. And it is free.

I’ll let you in on a dirty little secret. At least 40% of the traffic, in bytes, on any statistically significant network (and lots of smaller ones) is adult content. If someone in your house isn’t looking at adult content on the Internet, there is a good chance your neighbor is.

People like sex and people look at a lot of adult related material on their Internet connections. I’m not here to judge. But if I was Zonbu, and I wanted to sell an appliance that can be the primary computer for the average user, it would need to support adult video consumption.

The Zonbu has reasonably good file format playback, which would have solved the problem last year or the year before. But today, the adult consumer is watching a metric ton of flash video and the Zonbu is struggling to perform in this arena. The low proccesor speed and weak driver support for the Via chips on Linux is a major threat to Zonbu’s growth and widespread adoption.

And what will happen as MPEG4 encoded, flash delivered, high-def content becomes the norm on the ‘Net in the next 12-18 months.

Where to form here?

Zonbu has a revolutionary business model – “We’ll take care of your PC, cradle to grave. We’ll make your desktop work and we’ll handle all your upgrades. You won’t get viruses of spyware and all your files are protected in online storage. If you want to access you files elsewhere you can or if your unit dies we’ll replace it and all your files will still be there when you boot it up.”

Great model, I love it.

Nowhere in that model does it suggest that that you need to take arrows in your back using a unique and interesting, but underpowered CPU. And it definitely doesn’t make sense to create short life-cycles for the hardware you deploy. You don’t want people embracing the model only to have to replace the box in 18 months because the hardware can’t keep up. That creates an opportunity for someone to steal your hard won customer.

Zonbu’s business model, executed on a mildly more powerful (say 1.8-2.2GHz) Intel or AMD CPU with Intel, Nvidia or ATI mobile graphics and some more memory provides, I believe, a comfortable three year runway. It will also provide some more mainstream credibility for Zonbu. I think they are asking people to dive in to too many new areas at the same time.

Don’t attack Russia and China at the same time

Someone I used to work with was fond of saying, when too many projects were competing for resources and time:

“Don’t attack Russia and China at the same time.”

He was right. Asking users to accept a new OS (Zonbu/Linux), a new business model (pay monthly, store stuff online, don’t install any apps on your own etc) and a new hardware platform (Via), as all as the other unique aspects of the model, may simply be too much for the average person to bite off.

Napoleon was an immensely visionary French leader and his ideas and efforts changed the world. However, he also famously attacked on multiple fronts and paid the ultimate price.

Look for hardware and software partners that can accelerate your acceptance in the market.

If you’re selling a new technology, respect its role in the Adult industry (if applicable, of course).

Don’t attack Russia and China at the same time.

This entry was posted on Thursday, December 6th, 2007 at 9:12 pm and is filed under Business Model, Debian, Hardware, Marketing, Product Management, Zonbu. You can follow any responses to this entry through the RSS 2.0 feed. You can leave a response, or trackback from your own site.