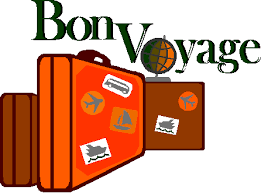 As promised, I took a few hours this afternoon and migrated my wife from her XP/Acer Celeron laptop to the Zonbu laptop. This post is all about how to move the critical user data from XP over to the Zonbu OS Linux desktop.

It was not quite as easy as I would have liked, but it was still relatively quick and painless.

The Zonbu website, under applications, makes the following claim:

Full-featured Email and Calendar program — recommended by About.com, “Evolution looks and feels like Outlook, and it has great email features.” Get up and running in moments with the Zonbu data import/export wizard, and transfer all your email history from Outlook or Outlook Express.

I was never able to find such an Import wizard.

Searching the online documentation yielded no reference to import and/or Outlook. I ended up falling back to Google. As Outlook (for e-mail and contacts) is the principal thing my wife was using, other than her web browser, it ws especially important that all of her Outlook content (some 175M) was moved over.

So how did things go?

After being disappointed that there was no aparent way to import Outlook PST files directly to the Zonbu, I fell back to Google searches. I found a useful step-by-step guide for migrating to Evolution on Linux from Outlook on Windows and followed that. It entailed installing the Thunderbird e-mail software under windows and letting it import the email archives from Outlook, and then locating and copying the data files to a USB key and importing them (folder by folder, one at a time) by hand in Evolution on the Zonbu.

The Outlook to Evolution guide I used can be found here: http://www.cyberciti.biz/tips/moving-outlook-email-data-to-linux-evolution-mail-client.html

(A quick tip – the path where the data lives is a hidden folder under windows, so you need to type in the path by hand, trying to browse it may not work if you have hidden folders enabled)

Thankfully, for my own sanity (and in marked contrast to my inbox at the office) my wife has less than a dozen folders, so the move only took about 30 minutes once I found the above instructions. I had attempted a few other methods outlined on other pages, but none worked quite as easily as that one. Even so, doing each folder by hand was not very convenient.

I was quite frustrated that there appeared to be no documentation available from Zonbu to do this, especially given the lofty claim on their Applications page. This is an omission that needs to be addressed. Or, if I missed it, please tell me where to find it and help make it more obvious for future users.

It turns out this whole area is still relatively week across the Linux space and essentially requires installing Thunderbird and doing what I did. As a business person I can tell you that making it easy to migrate of Outlook is probably one of the most important barriers to adoption that needs to be removed before people can transition to Linux. Had this been just a few clicks, a file transfer and an import wizard, I think I’d drop Outlook at work tomorrow and move to Evolution. As it stands, I’ll stay put for now.

Like it or not (and I HATE it), Outlook is the norm in the office PIM space. I’m gobsmacked that someone hasn’t extracted the “Outlook import then export plain mail” functionality of Thunderbird in to a standalone Windows application that sucks in your PST file and outputs a ZIP or some other master file that Evolution can consume and re-instate things for you automagically.

In fact, this may be an ideal place for Zonbu and/or Novell (maintainers of Evolution) to spend some development dollars. Isn’t this supposed to be the stuff Open Source excels at?

After I got the e-mail over, I still needed the contacts. That turned out to be trivial, as I could export a CSV file of the contact database in Outlook and import the CSV (once I said it was Outlook format) back in to Evolution and that only took moments.

All of this back and forth was accomplished with a handy 2GB Corsair USB Flash drive. I really like the auto-mounting and clear un-mounting that the Zonbu has, with the nice pop up in the right hand corner to tell you when its ok to remove the drive etc.

Next up I gathered up my wife’s various documents, spreadsheets, PDFs and slides and put them on the flash drive and then dragged them in to the Document folder on the Zonbu. No magic there and it only took a few minutes.

Come to think of it, Zonbu should write a migration application for windows that not only does the export side on XP to prepare the data but also grabs all the local documents/folders and pushses them up to the users S3 storage account so they don’t even need a USB drive to move things between machines. Now that would be slick…

The other big thing that my wife uses her laptop for is arranging the ever-growing library of baby and family photos that develops when you have children. I grabbed all of the directories from her My Pictures folder and dropped them on the USB key and moved them. There were around 950MB of photos, so not an insubstantial amount. We are both looking forward to having them automatically backed up to the Zonbu storage and I was curious to see how quickly they would upload.

It turned out the upload went relatively quickly and when I returned from a Christmas BBQ it was done. I have no idea how long it took, less than an hour or two. A small amount of time for piece of mind. This is a brilliant part of the Zonbu model, an under marketed in my opinion.

Now it was time to move the laptop on to her desk and start connecting her accessories.

No surprise, the Logitech wheel mouse worked as soon as it was plugged in.

Even more surprising, and very pleasant, was that the moment we plugged in the HP LaserJet 1012 and powered it on, up popped the printer install dialog. It consisted of a simple three step process and was the smoothest and fastest printer driver install I’ve ever done. It properly identified the printer, we accepted that, confirmed it and then had a chance to add description and location information (which we skipped).

The printers window opened and it showed that the PDF printer was still the default, but our LaserJet was also there. We right clicked on the LaerJet, made it the default (which it probably should have done for us automatically) and away we went. I opened one of her letters from her documents file and it printed without any muss or fuss. Brilliant.

If you’re buying a Zonbu, do yourself a favor and get an HP printer. They just work and HP is very serious about Linux support.

We have not yet had a chance to try the iPod shuffle integration but I will report back when we do.

In order to ensure my wife’s bookmarks came over smoothly, I installed the very cool and very handy FoxMarks extension for Firefox.

Up until recently, my wife was using IE but not long ago switched to Firefox. Firefox on XP had already imported her IE bookmarks so once we installed FoxMarks and created the online sync file, it was just a matter of installing FoxMarks on the Zonbu and adding her credentials. Within seconds her bookmaks were on the Zonbu and we were surfing away.

There are still a few things that are minor issuances and annoyances but I’m hoping the pending Zonbu upate fixes them.

The wireless settings are usually forgotten on reboot, resulting in the Zonbu starting without any connectivity and the Network Wizard needing to be run to reconnect to my access point. While it remembers my encryption key, this 1-2 minute process is irritating and unnecessary. I suspect it will go away soon.

The other annoying thing is that when ever we power on the printer, the install dialog pops up, even though the printer is already installed.

The system does not seem to recognize that the printer is already in the list and instead wants to install the driver again. At first I was confused so I went through it again and it installed it as PRINTERNAME-2 and left the original driver as default. I promptly erased it and powered the printer off to see if it would repeat the mistake. It did. I tried rebooting, and it still insists on prompting me to install the driver again. It shouldn’t do that if the printer is already installed and working. I’m sure this will be corrected soon as well.

Other than that, I think we’re ready to see how a non-tech savvy, and mildly tech-disinterested user finds the Zonbu experience.

My wife has been oft quoted as saying “computers are time sucking holes” in relation to all the problems that crop up, suck up time, and add no value. Given that the whole point of the Zonbu desktop is to eliminate the time-sucking hole aspect of computer ownership, it should be match made in heaven. We’ll see…

This entry was posted on Sunday, December 16th, 2007 at 9:19 pm and is filed under Applications, Product Management, Support, Zonbu. You can follow any responses to this entry through the RSS 2.0 feed. You can leave a response, or trackback from your own site.

One Response to Beauty & The Geek Part II: XP to Zonbu laptop, moving the data