With so many PCs available at or below $500 now, is Zonbu at risk of getting squeezed by the main stream makers?

I think so, and I think it may be time for them to start considering some higher profile partners. HP, Acer, Dell and Asus all come to mind and have all shown interest in Linux products. I’d warm up the phone lines at Zonbu HQ, it may be time to start seeing other people (beyond Via)…

I just saw this deal posted over at Deal News:

END_OF_DOCUMENT_TOKEN_TO_BE_REPLACED

That being said, it is in a different category to the Zonbu, so its value to Zonbu is as a potential benchmark in a number of categories. And benchmarking against it should be a priority for the Zonbu team. It is a very well done product.

I’ll be posting more in the coming days, but in the mean time, as I expected, I’ve discovered the graphics power is substantially better than the Zonbu. Video and Flash playback is wonderful and advanced desktop effects appear to work well. The whole machine feels snappier than the Zonbu laptop (albeit a lot less usable with the smaller screen and tiny keyboard).

Check out this example of Ubuntu 7.10 Gutsy running on a 3e with Compiz enabled. Very nice. Our Zonbus should have something like this.

Distrowatch has a piece summarizing the world of Desktop Linux distributions in 2007. It’s worth a read to get a quick snapshot of where things stand with the various major distributions, and developments in the space over the course of the year.

Of interest to Zonbu users is the observations about Gentoo (the distribution upon which the Zonbu OS is based):

END_OF_DOCUMENT_TOKEN_TO_BE_REPLACED

Half the puzzle? Does Zonbu have the software right and the hardware wrong? 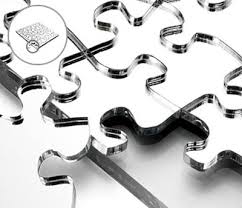 This has really been bothering me for the last month or so: I think Zonbu may well have one of the nicest, easiest to use, most consistently integrated and user friendly Linux desktops available.

I don’t say that lightly, as I’ve used it extensively for the past four months as my home Internet machine and I’ve now moved my wife on to the platform.

But I have strong lingering concerns that the Via CPU and graphics chipset that Zonbu is currently shipping as their hardware platform is going to be rapidly eclipsed by better performing, better marketed hardware running other, less impressive, Linux distributions.

Hardware is a commodity business – let the experts do their stuff…

END_OF_DOCUMENT_TOKEN_TO_BE_REPLACED

Beauty & the Geek – The experiment has evolved…

For the next chapter in our story, I’m going to take the Zonbu laptop and pass it along to my beautiful wife.

She currently has a Windows XP system on a 2.5 year old Celeron 1.4 GHz Acer laptop. This Acer was her first personal computer. She’s been a PC user for some time, but always used mine at home and had one at the office so the Zonbu will be the second machine that has been hers to customize.

END_OF_DOCUMENT_TOKEN_TO_BE_REPLACED

BBC iPlayer to include Flash derivative

For all of you who are Top Gear fans (and really, who isn’t a Top Gear fan? Even my wife loves it), some good news from the BBC this week. DownloadSquad.com is reporting that there will be a Flash based derivative of their previously Windows only (and very contentious) iPlayer platform:

As observant readers may recall, in August we chatted with Peter Brown of the Free Software Foundation about the BBC iPlayer, and DRM in general. The BBC iPlayer is the U.K. public broadcaster’s drawn-out and vastly expensive endeavour to bring the BBC’s wealth of content into the 21st century.

Until today, the entire project has been Windows-only, with Mac and Linux support missing despite having been much-debated – and required at some stage due to the BBC’s remit for platform independence. As expected, the BBC is starting a new beta phase today with the introduction of a ‘7-day catch-up’ online streaming service via Adobe Flash player to cater for all three platforms.

Wow, another tier one site moves to a flash based video platform.

END_OF_DOCUMENT_TOKEN_TO_BE_REPLACED

LinuxDevices.com is reporting that Everex will soon start shipping a competitor to the ASUS 3e PC.

My own 3e PC should arrive today and after reading the extensive user feedback at Amazon (from both technically minded and non-technical folks) I’m really looking forward to trying it out.

The CloudBook will purportedly have:
The Cloudbook appears to be FIC/Everex’s answer to Asus’s EEE PC (pictured at right), another ultra-mobile Linux-powered PC that began shipping earlier this fall. Like the EEE PC, the Cloudbook will use a 7-inch WVGA (800×480) LCD display, along with an identical keyboard, albeit in a different color, our source close to the company said.

END_OF_DOCUMENT_TOKEN_TO_BE_REPLACED

DesktopLinux: Linux is about to take over the low end of PCs

The tipping point, as noted by the team over at DesktopLinux.com:

Opinion — Sometimes, several unrelated changes come to a head at the same time, with a result no one could have predicted. The PC market is at such a tipping point right now and the result will be millions of Linux-powered PCs in users’ hands.

The first change was the continued maturation of desktop Linux. Today, no one can argue with a straight face that people can’t get their work done on Linux-powered PCs. Ubuntu, PCLinuxOS, MEPIS, OpenSUSE, Xandros, Linspire Mint, the list goes on and on of desktop Linuxes that PC owner can use without knowing a thing about Linux’s technical side. People can argue that Vista or Mac OS X is better, but when Michael Dell runs Ubuntu Linux on one of his own home systems, it can’t be said that Linux isn’t a real choice for anyone’s desktop.

What else do they have to say?

END_OF_DOCUMENT_TOKEN_TO_BE_REPLACED

A quick poll of our readers on a theoretical offering…

How would you like this laptop pre-loaded with one year of Zonbu service for an all in price of $500 + shipping.

Maybe I’m just slow, but how do I let others access the files that I put in my new “Public” folder on the desktop?

Is there a web address where they go? A secret incantation they need to utter?

Was I in the restroom when the instruction was given to the rest of the class, or has the documentation not caught up with the product yet?