What applications do home users really use? 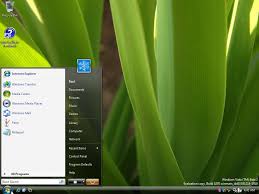 I read an interesting post and comments over at Download Squad recently. It was entitled “What programs do you load after a fresh windows install?” and it outlines many great programs to improve your desktop experience. Most I had heard of, a few new gems I hadn’t.

Two things struck me. One, now that I use my Zonbu as my principle home desktop, I don’t load things. I don’t worry about things. They’re just there. I don’t re-install windows. In fact, I just bought a brand new fancy-pants quad core PC, almost exclusively for gaming. I haven’t hardly loaded a thing on it except Call of Duty 4 and Test Drive Unlimited. I do all my nuts-and-bolts stuff on the Zonbu.

And secondly, as you look down the list of apps that the authors and subsequent comments suggest, the vast majority are freeware and/or open source. In fact, most of them are available on Linux (with the exception of the spyware and anti-virus tools).

END_OF_DOCUMENT_TOKEN_TO_BE_REPLACED

The Zonbu Laptop for $480 – free shipping

How is that for a headline?

Over at Buy.com you can get a lovely little Acer laptop, complete with a wide screen display, a DVD burner, 1 Gig of system memory, WiFi and some other goodies, all for $479 + Free Shipping.

This hardware, with the Zonbu OS, would be ideal for my mother or for a LOT of people. I think the Zonbu OS stack is really well done, with only a few rough edges left to polish. I’m not so convinced about the hardware choices…

END_OF_DOCUMENT_TOKEN_TO_BE_REPLACED

The latest public release of the ZonbuOS dropped today – 6.999.

Due to problems with logging in to my account (both on wired and wireless connections) I don’t have the update yet. Thankfully, this release claims to address many of those issues. I expect to get it downloaded later tonight, at which point I can offer more observations about the good, the bad and the still missing items from my wish list. 🙂

In the mean time, courtesy of the official Zonbu support site, here are the release notes:

END_OF_DOCUMENT_TOKEN_TO_BE_REPLACED

Zonbu may get web cam support via Skype 2.0 for Linux

Great news. Skype 2.0 beta has dropped for Linux – and it contains webcam support.

Regular readers will know that I feel that the lack of webcam support in the Zonbu is a major hurdle to adoption. While I would really like to see support for MSN webcam sessions, I would accept Skype 2.0 as a viable alternative, as long as Grandma can talk to my son from her Windows (or future Zonbu) machine and her Logitech quickcam.

I wonder what, if any hurdles, are involved in supporting this on the Zonbu?

You can read more about the Skype beta on their site, although the wording is a bit strange…

This distribution deserves more detail here, and it will get it in a later post, but so far Fluxbuntu is looking like a solid candidate for a base to build a Debian/Ubuntu derived distro for the Zonbu.

The installer, which is lifted from the server installer, is text based.  It’s attractive and relatively self explanatory for anyone who is fiddling with different distros on their box.

END_OF_DOCUMENT_TOKEN_TO_BE_REPLACED

gOS is a problem for Zonbu, but not because gOS is good right now…

I only have time for a brief update, but I did spend an hour or so last night playing with the gOS that is shipping on the $189 Ever machines available at Walmart and other places.

It represents a major problem for Zonbu. And not because its good right now, it’s not ready for prime time. Virtually every edge of it is rough and I would say it is six to twelve months behind where the Zonbu OS stack is (although it does have a few “eye candy” things that make it look polished at first glance).

Because the low cost desktop Linux space is at a critical inflection point, if the gOS team (who have secured the holy grail of retail distribution with Walmart et al.) don’t execute well, they could give the entire market space a back eye.

While I can’t comment on the Everex hardware (other than to say I’d enjoy more processing power in the Zonbu, and the Everex is higher spec), the software just isn’t ready for “regular” end users. Especially not in the way the Zonbu OS is. This means that a lot of people could rapidly get turned off after spending a few hundred dollars to bring a PC in to their daily lives – leaving them with a negative impression that Linux isn’t ready for the desktop of that its too hard to use/too unstable/not intuitive etc. Not good…

END_OF_DOCUMENT_TOKEN_TO_BE_REPLACED

Is this an HTML, Flash, Firefox or Zonbu bug?

Occasionally I run in to sites that incorporate flash and have problems where content appears under flash content.

Check out this site and hover over “Features” on the menu. http://www.xfxforce.com/web/home.jspa

On my Zonbu, the menu drops down behind the flash graphic, so I can’t click on things. Is anyone else seeing this? Any idea how to correct it, if at all?

A friend tells me FF on Windows renders properly, with the menu on top of the flash.

Wow. Now this IS interesting and a very viable competitor to the Zonbu, at least in terms of price and features. Desktoplinux.com is reporting that Everex is shipping a new $199 PC pre-loaded with a customer (Google inspired) version of Ubuntu 7.10 called gOS.

Everex is following Dell, which pioneered the broad release of Linux-powered desktops and laptops to the consumer market in the United States. Since Dell’s first moves, other PC vendors such as Lenovo and HP have explored broader Linux PC releases.

The Everex Green gPC TC2502 includes popular applications from Google, Mozilla, Skype and OpenOffice.org. It runs gOS Initial G, which in turn is based on Ubuntu Linux 7.10 The gOS operating system features a simple and intuitive Linux Enlightenment E17 desktop interface with a Google-centric theme. The system comes with a lifetime of free updates and revisions.

END_OF_DOCUMENT_TOKEN_TO_BE_REPLACED

Next Zonbu Update? It’s that time of the month…

It’s that time of the month, around the 30th, when Zonbu pushes out their software updates. At least if history is any indication.

As we understand from their commentary during the last update, the next update we see should be the final “stable” release version (whereas we have been in beta up until this point). In addition to the historical timing, I’m thinking we may see the final stable release in the next few days as they’ll need to get it out to garner some press momentum going in to the key Christmas selling season…

END_OF_DOCUMENT_TOKEN_TO_BE_REPLACED

Just a quick observation: It’s easy to dismiss how much subtle tweaking and optimization is present in the Zonbu Firefox config. The layout, the icon sizes, the fonts being hand picked to make web pages look as “normal” as possible for someone coming from the Windows world… the colours, the extra plug-ins. Everything.

Go ahead and try and use Ubuntu Firefox for a few days and you’ll find yourself constantly interupted by requests to download and install add-ons, codecs, plug-ins or other piece of software. Over and over again. Ditto for Firefox and Internet Explorer on Windows…