Zonbuntu? I feel kind of guilty… 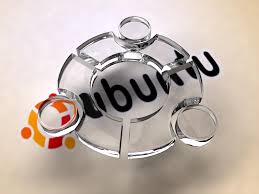 I have to admit I feel kind of guilty.

This afternoon I’m installing Ubuntu on an alternate 8GB flash card to see how it performs on the Zonbu hardware.

So far, things seem to be going ok. In fact, I’m writing this from the Zonbu box, via Firefox 2.0.0.6 under Ubuntu.

I installed the Ubuntu Feisty 7.04 Desktop, did the recommended package updates via their tool, and then followed these docs on the Zonbu forums to get the audio working…

Now I’m following these docs to attempt to get the VIA OpenChrome video driver working. (Note, you have to leave the Gutsy repo enabled – as described in the audio link – in order to follow the video driver docs).

I feel guilty because I really like what the Zonbu team are doing and I think they’re headed in the right direction but I needed to see just how well Ubuntu would run, with a little elbow grease, on the hardware.

I have a hunch…

I have a hunch that Freespire 2.0 (I tried to install that but the bootloder wouldn’t work), on the Zonbu hardware, with a more limited application stack and some of the Zonbu kernel profiling and S3 storage magic, may be the ideal product

It also brings brand and distribution channels to the table. If I were Gregoire, I’d certainly be talking to the new Linspire CEO.

You can read more about my thoughts on OS choice in this post. I’m not religious about OS choice, I’m more concerned about business issues.

I’ll report back in a bit on my progress.

PS – The red blooded, albeit juvenile, male in me could not resist sharing this amusing take-off of the Ubuntu Logo that Google offered up as an option… (and no, I don’t know if that is a guy or a girl in the middle).

This entry was posted on Saturday, August 11th, 2007 at 2:14 pm and is filed under Applications, Business Model, Community, Debian, Marketing, Product Management, Zonbu. You can follow any responses to this entry through the RSS 2.0 feed. You can leave a response, or trackback from your own site.

6 Responses to Zonbuntu? I feel kind of guilty…